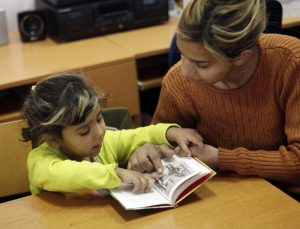 In its recent recommendations the Council of the European Union states that all girls and boys should have access to quality early childhood development, care and pre-primary education.

The Council of the European Union has released their recommendations on access to quality early childhood development (ECD), care and pre-primary education.

The Council recommends to all Member States to improve access to high-quality ECD in line with the statements set out in the ‘Quality framework for early childhood education and care’, a key EU document when it is about the development of young children. Read the ISSA tool on the Framework for more information.

The recommendations say that all children should enter quality education as soon as possible.  All children whether they are disadvantaged or not and regardless of their ethical background, religion etc.

On this, the document specifies that: “[e]arly childhood education and care participation can be an effective tool to achieve educational equity for children in a disadvantaged situation, such as some migrant or minority groups (for example Roma) and refugee children, children with special needs including disabilities, children in alternative care and street children, children of imprisoned parents, as well as children within households at particular risk of poverty and social exclusion, such as single-parent or large households.” 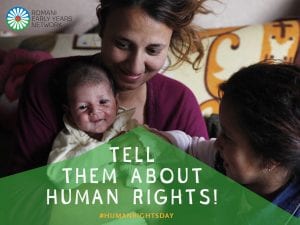 In a recent survey, the European Commission asked for an assessment of the perceived changes in education, healthcare, employment, discrimination, housing and services. The results? In all the areas except education the “no change” was the dominant answer. On Human Rights Day we reflect on a public survey that may harm instead of help Roma education.

The results of the survey on Roma integration submitted to the European Parliament and to the EU Council were published last week. The survey was open to anyone living in the EU or enlargement country. Participants were asked to rate progress towards the achievement of the National Roma Integration Strategies (NRIS). With a lot of space for criticism and a clear call for urgent improvements, the 240 respondents also perceived education as the area with the most progress, including early childhood education (here).

The danger of surveys

The European Commission had already published its own review of the implementation of NRIS in 2017. Back then, they saw “a clear improvement in early childhood education and care (ECEC).” Since ECEC is described as improving also in the above mentioned survey, we may be triggered to think that education is already on the right path.

Firstly, we must clarify that these are not official data on Roma education; the survey results reflect the opinions of a marginal number of respondents (only 240 people). Secondly, even when the data was used (as in the case of the 2017 European Commission review), the selection of information and the conclusions were still questionable. In fact, in their follow up to the EU-MIDIS II report on education and employment, the EU Fundamental Rights Agency contradicts the European Commission (page 10, here).

It is certainly positive to see the EU asking for people’s opinion. However, more talking about compulsory preschool attendance will not improve the situation of children. Neither will it a higher school access without quality. As long as Romani children will be sidetracked into non-mainstream schools and kindergartens, segregated ethnically or by disadvantage, we cannot speak about progress.

There is a way forward. Let them know about human rights!

There is already a list of promising practices, encompassing science and the state-of-art knowledge, not beliefs and ideologies. Many successful initiatives are backed by data and the only step we need to see is the adoption of systems that work for all, including children.

Human Rights Day, gives us a great opportunity to think about Roma inclusion and its validation. As experts often talk about the economic advantage of early childhood inclusion, some may stick only to economics and forget about the importance of rights in the first place.

Along with the specific measures targeting children, we cannot forget about human rights. All the countries that have ratified the UN Convention on the Rights of the Child must ensure the right to education and to a healthy and happy childhood for all children. Tell children that it is their right not to be discriminated and not to be sent to segregated schools. Then there will be progress.

ISSA seeks to hire a consultant to assist in the production of a Shadow Report on the Mid-term Review of the National Roma Integration Strategies in 8 selected countries (Belgium, Croatia, Hungary, Italy, Serbia, Slovakia, Slovenia, Ukraine). The task consists of a desk research, cooperation with REYN national networks in data collection and drafting of the final report with policy recommendations.

The work is to be carried out between November 2017 to Mid-January 2018 from the consultant’s location. A total of 10 working days is envisaged in total.

For the tasks above, ISSA/REYN seek a consultant who has experience in research and policy reviews, in particular with regards to young children and their families and high proficiency in writing in English.

Candidates should send their CV and a letter of interest outlining their motivation, qualifications, reflections on the task involved, the planning as well as expected daily fee to the REYN coordinator, Stanislav Daniel at sdaniel@issa.nl by 13 November 2017. 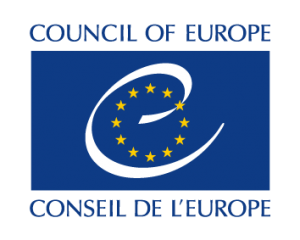 “Inclusive schools: making a difference for Roma children (INSCHOOL)” is a joint project by the European Commission and the Council of Europe. It aims at enhancing social inclusion of Roma by promoting inclusive education and training in 20 selected pilot schools in the Czech Republic, Hungary, Romania, the Slovak Republic and the United Kingdom between October 2017 and January 2019. It will do so by setting up support mechanisms and resources for the pilot inclusive schools, by providing support to teachers to promote inclusion and improve learning outcomes of Roma children, by fostering stronger partnerships within each country and by raising awareness on the benefits of inclusive education for the general public as well as decision makers.

In each country, a team of trainers and educational advisors will be formed in order to ensure the implementation of the project at policy and practice levels.

A call for tenders was recently launched for consultancy services of trainers and educational advisors in the Czech Republic, Hungary, Romania, the Slovak Republic and the United Kingdom, with a deadline for applications set to 1 October 2017.

REYN works with partner organizations in several countries to improve Romani and Travellers inclusion and education. Discover all our National Networks here.

The creation of the Ready Set Go! project in Romania has supported over a thousand young Romani children and their families. However, as the funding is ending, the future of the project is in doubt. On the occasion of the International Roma Day on April 8, 2017, the Romani Early Years Network (REYN), the European Public Health Alliance (EPHA) organized a roundtable discussion in Brussels to discuss the future of similar projects. The event hosted by the European Foundation Centre’s (EFC) Forum for Roma Inclusion highlighted the benefits of pilot actions and identified additional ways to bring European Union policies closer to Romani children, to make the changes more sustainable.

Apart from few evocative photos, there is not much you can find about Gălbinași online, particularly if you do not speak Romanian. The village of a few thousand inhabitants is one-hour’s drive south-east of Bucharest. Not much has happened recently in the town, apart from the reopening of the recently renovated kindergarten and the quality services being provided by trained staff there, including Roma parents, as a result.

The locals tell us that Gălbinași has around sixty children of preschool age, vast majority of them Roma. Only twenty are lucky enough to get the chance to attend the reconstructed kindergarten. Originally built almost a century before and almost falling down until two years ago, the building has now become the center of social life for Gălbinași’s youngest citizens and their families. While currently the kindergarten is ethnically homogeneous, plans for more integrated services are currently discussed.

The Gălbinași kindergarten was one of fourteen new kindergartens built in eleven localities and six Romanian counties, where vast majority of children are Roma. The kindergartens and linked services (e.g. the toy library, reading corners and more) were established thanks to the Ready Set Go! project, organized by the Roma Education Fund (REF) Romania with partners and the support of the Norway Grants. Over a thousand young children and their parents have benefited from the project. However, after 29 months, the project funding is ending.

Records have been kept on the number of children and parents involved, the children’s attendance, the toys used by the children in the toy library and much more. Although it is perhaps too early to evaluate the impact of the kindergarten on the children’s educational achievements, their parents, knowing their own children the best, have already seen a clear boost in their development.

However there are many uncertainties about the future. Municipalities wonder how they can maintain the kindergarten and its services from their own budget. Local coordinators wonder if they should think about how to reach out to more children. Can the organizers of the project persuade the government to take it as a model and include it in the state budget?

What can the EU do to improve early childhood development?

At the European level, Roma and pro-Roma civil society is seeking support in Brussels for increased attention to early childhood development. Recently, REYN, EFC and EPHA joined forces to coordinate efforts to look closer into the situation of young Romani children in Europe.

On April 10, on International Roma Day, we organized the first joint roundtable meeting with other nongovernmental organizations, networks, foundations and representatives of the European Commission. REYN and EPHA made presentations on the policies needed to support of the inclusion of Romani children, including the vital importance of early childhood development for Roma health and wellbeing during the whole life, as well as initiating a more thorough discussion focused on the needs of young children and their families.

One of the key policy processes which emerged during the day-long discussion was the comprehensive implementation of the National Roma Integration Strategies (NRIS) by EU Member States, which are believed not to properly reflect children’s specific situation in their policies, even though they were encouraged to do so by the EU. This was also highlighted at the meeting, as the EU carries out the mid-term review of the European Framework of the NRIS, the EU’s vital role in facilitating meaningful change for Roma. The discussions identified the key issue: Romani young children both are not considered in pro-children policies, and young children are not properly focused on within the pro-Roma policies. And to address this, more of grassroots voices need to be heard in Brussels and vice versa.

We at REYN and EPHA not only want to address the deficiencies of policies currently being implemented, but also look into the future. Together, we will work towards the development of sustainable systems, where all children including Roma and Travellers, have access to quality early childhood services. Together, we will make sure that governments understand the benefits and do not limit their initiatives only to kindergartens or preparatory classes. With health actors we will promote health as an inseparable component of early childhood development.

We call upon philanthropy to become more active in the area of the early childhood development of Romani and Traveller children, as it is too often overlooked despite being crucial for Roma inclusion. And we call upon you to work with us to make sure there are no more lost Romani and Traveller generations. Follow the channels of Romani Early Years Network, we will bring more.

NEW! Guidebook and Toolkit to support teachers working with refugee and migrant children
Resources for teachers as well as their mentors and supervisors and other providers of in-service training ⤵️

Play Hubs put #TOY4Inclusion at the ❤️ of the communities where they operate. The new Virtual Pop-Up Museum gives you a glimpse inside the Play Hubs!