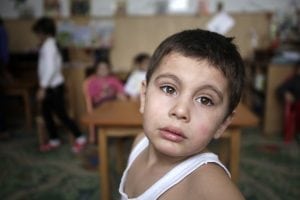 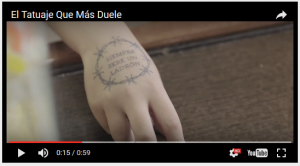 As part of this campaign, today, 16 November 2017, the International Day for Tolerance, Amanda, a young Roma woman is getting a tattoo of prejudice in protest at the everyday social rejection of the Roma population. Over the last days, a call has been made to ask people help stop the tattoo and turn it into something positive by using the hashtag #ElTatuajeQueMásDuele (The Most Painful Tattoo).

The campaign aims to highlight the profound, entrenched social rejection of the Roma community, the everyday discrimination that is often obscured but which has highly negative repercussions on people’s lives and is a barrier to a better society for all. The unfair and discriminatory treatment received by many Roma people manifests itself in multiple ways: problems in renting housing, finding employment, getting a job interview, access to leisure establishments, cases of segregation in schools or unjustified police stops. These issues undermine the right to non-discrimination of a great many people and hinder the exercise of other essential rights for a dignified life.

“The Most Painful Tattoo” campaign shines a light on this social rejection using the symbol of the tattoo. The stereotypes and prejudices underlying discrimination are a painful mark for their victims. The campaign aims to reveal this mark and its repercussions through painful and permanent means: the tattoo. Different materials have been published as part of the campaign, including a video in which Amanda explains her reasons behind the tattoo; a video of Jorge, the tattoo artist who is helping the cause by participating in this initiative; and a video with testimonies of several Roma sharing their own experience.

The campaign aims to gather as much support as possible. Fundación Secretariado Gitano is calling out to the Internet to use the hashtag #ElTatuajeQueMásDuele (The Most Painful Tattoo) on social media today. This is how we will achieve our aim and shine a light on a problem that affects a great many Roma people in Spain and overall Europe. 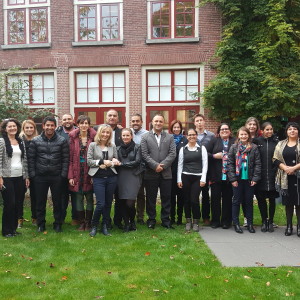 Experts and advocates for child’s rights, early childhood development, and Roma inclusion met in Leiden on October 27 to support the growth of REYN-Romani Early Years Network. Building on the network’s experience in providing professional development opportunities to practitioners working with Romani and Traveller children and their families, REYN opened its strategy design for participation to partners outside of the network. In the discussions about the challenges Roma and Travellers are facing in early inclusion, discrimination was top of the agenda.

Experience at the REYN consultation meeting covered wide range of themes as well as geographic areas. Representatives of established, starting and potentially developing National Romani Early Years Networks engaged in active discussion with representatives of other networks (European Roma Grassroots Organizations Network, Eurochild, National Association of Teachers or Travellers and Other Professionals, Phiren Amenca), foundations (Open Society Foundations, Roma Education Fund, Trust for Social Achievement) and partner organizations (Center for Education and Human Rights) on the possible avenues REYN should embark upon in the next three years in order to bring significant and sustainable changes for Romani and Traveller young children.

Discussion about the main issues faced by Romani and Traveller children served as a good starting point. By focusing on early childhood development in the broadest sense, it was very useful to hear perspectives regarding housing, health, regional development or Roma empowerment impacting directly and indirectly on children’s lives. And in fact, evictions, poor health, bad living environment, like the shortfall in resources for people to change their own family situation, have very negative and sometimes long lasting effects on child’s development. However, discrimination remained the word of the day, as many believed that it is a root cause of all problems.

Discrimination has a very negative impact on lives of Romani and Traveller families. It may be a barrier in education and employment, it may prevent families from accessing adequate housing and it may be the cause of poverty. It may present a barrier to access services or determine the quality of services provided to the discriminated groups. As opposed to being a reason for different treatment, discrimination can also lead to non-action. More specifically, it can be the reason why localities or regions populated by Roma and Travellers are left excluded from the focus of decision-makers and policies.

More often than not, different treatment has practical dimensions. But in addition to this, there is also the symbolic layer – prejudice and stereotypes. They may not necessarily end in different treatment or prevent Roma and Travellers from accessing services, but they still have negative impact on families. Prejudice, stereotypes, lack of understanding between communities, missing respect for diversity and absence of dignity may easily grow into active exclusion of Roma and Travellers.

It is crucial that we stand together against all barriers in the development of young children, including Romani and Travellers. At the consultation meeting on REYN Strategy we exchanged ideas on how to address some of these issues and how can we prepare ourselves for the challenges on the horizon. While we continue developing the REYN strategy we are open to new partnerships and suggestions for cooperation. Share your ideas with us and #Join_REYN.  We will keep you informed.

We are attending today @EU_Social's Strategic Dialogue with #CivilSociety, to explore how to make the #EuropeanSemester & the European Pillar of #SocialRights deliver on #RomaRights, and to find out what future for the #Europe2020 Strategy & the EU Framework for #RomaInclusion.

I'm AMAZED at that decision...

...and not at all surprised by the PM's behavior.

A court has ruled that #Romani children in the village of Gyöngyöspata, #Hungary, who experienced years of ethnically-based school #segregation, need to be financially compensated.
Alarmingly, the Prime Minister Viktor Orbán is opposing the decision. https://www.politico.eu/article/viktor-orban-under-fire-over-school-segregation-comments/