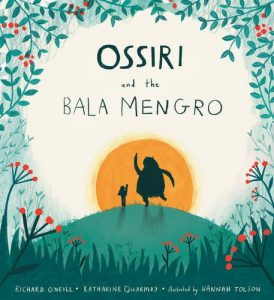 Marley Dias loves books, but finds it weird that within their pages there were no black-girl heroes to which she can relate. Born from frustration this 11-year-old started a campaign called #1000blackgirlbooks, which attracted international attention. A year ago, The Guardian and other big media outlets brought Marley’s campaign to a wider public.

This week, Marley Dias, now 12, is in press again. Following the publicity garnered by her campaign she has signed a book deal with children’s publishing company, Scholastic. She will be an author and the main character of her own book. We keep our fingers crossed for her and wonder how many other children, including young Roma and Travellers, have similar experiences?  How many children explore literature but fail to find characters that reflect their own lives and experiences?

Growing up as a Czechoslovakian-Romani child, I too, lacked the chance to read about Romani heroes. Only years later did I discover Romani fairytales and later other heroes, like Rukeli Trollmann. But we are missing stories for the youngest children. There are some authors, albeit grown-up-ones, who have stepped up to help Roma children find themselves between the covers of a good book.

Richard O’Neill is a Romani storyteller who, in 2016, published two books; “Yokki and the Parno Gry” and “Ossiri and the Bala Mengro”. Both books capture young children’s imaginations by presenting stories from Romani and Traveller communities. Yokki lifts the spirits of a struggling Traveller family while Ossiri, a Traveller girl, creates her own musical instrument from a willow branch and lots of recycled objects. And through these beautiful stories, Richard O’Neill reminds us of the ancient Romani art of storytelling.

It is crucial to ensure that Romani and Traveller children from an early age can identify with the heroes they read about. It is important for the development of healthy identities and it is better than giving up on book because they cannot relate to the characters. And so, while we wait for more young children to publish their own books, just like Marley Dias, we at REYN are extremely happy to see adult authors write about Romani children, for Romani children.

The mothers from the #Roma community in Rome, #Italy have a place for early childhood where they #play and discover new experiences with their children in a nurturing and welcoming context. Read about more activities #REYN_Italy is doing --> https://bit.ly/3xkRW0p