Home / News / International days: are they just a pin on the calendar? 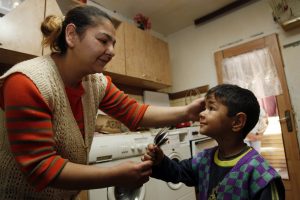 International days remind us of memorable events, however sometimes they don’t seem to bring real change. Last November we’ve celebrated two important dates for Romani children’s education and early childhood health but how much have we achieved so far?

Ten years since the end of Roma segregation

In many European countries, for decades Roma have been sidetracked into parallel systems of education. On 13 November 2007, a glimpse of hope crossed our hearts when the Grand Chamber of the European Court of Human Rights ruled in favor of 18 Romani applicants from Czech Republic and confirmed that Roma faced discrimination in schools. They had been segregated into special schools initially designed for children with disabilities.

The case had started some ten years earlier after researchers had found out that Romani children were 27 times more likely to be sent into special education, often labeled as Roma schools or Roma classes. Ten years later after the ruling the situation has not changed for many.

Right to be free from discrimination

Romani children face a vast number of challenges on their road to academic and professional development. The conditions might be even harder for those suffering multiple discrimination, e.g. Roma immigrants in Italy who face a daily threat of eviction. Numerous reports, coming from civil society or intergovernmental organizations indicate that what is guaranteed by the UN Convention on the Rights of the Child (UNCRC) is still not fully implemented for Romani and Traveller children. The anniversary of the UNCRC adoption on 20 November was another important date that just passed.

We need a wake-up call

As international dates seem to pass without delivering tangible impact what shall we do? The negative trends of Roma-only classes and schools continue, the lack of access to early childhood education and care persists and children’s rights remain violated. Also, in most cases early services focus on five-year-olds and formal kindergarten settings. Younger children, from birth to three, are often ignored in the policies as well as in practice.

Soon, another reminder will beep in our calendars. Let’s make sure that the Human Rights Day next 10 December does not pass without notice. Let’s work together not only to commemorate but to really celebrate children’s rights and urge policy makers to end segregation. If you have ideas for joint actions, get in touch here! And please do not forget to follow us to get our ideas.