The role of professionals in promoting diversity and inclusiveness

The role of professionals in promoting diversity and inclusiveness 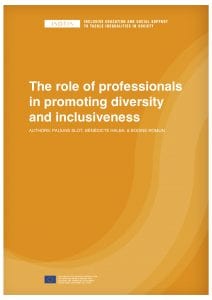 In view of preparing children adequately for life in the 21st century eight key competences have been identified by the European Union. Among these competences are the ability to communicate in the mother tongue and cultural awareness and expression. This is in line with research evidence showing the importance of the heritage language and culture in
identity development, well being, mental health and school achievement. Hence, the role of professionals is pivotal in fostering cultural and linguistic awareness among children and promoting inclusiveness in the classroom or group. This review of the literature is meant to provide an initial theoretical framework concerning the role of professionals in dealing with cultural and linguistic diversity and promoting inclusiveness. 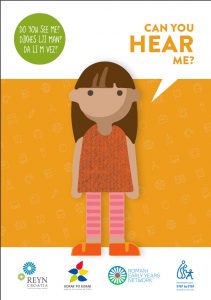 In this study, REYN Croatia analyzes the second language acquisition process and the effort it requires. In Croatia, some Roma speak Romani Chib while some use the Bayash Romanian language, and Croatian is spoken as the second language. The bilingual or multilingual skills of Romani children should be considered an added value rather than something to be repressed, even at home with family. Bilingual or multilingual children are often better at mastering new languages. Teachers should consider the effort made by Romani children in following classes led in Croatian and they should help them by teaching in an interactive way, giving Romani children the possibility to develop and improve their first language skills, giving value to their background using some words or phrases in the pupils’ mother tongue.