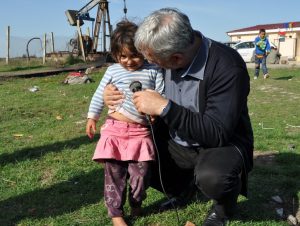 Combatting segregation of young Romani children and enhancing social cohesion of local communities are the core principles of TOY for Inclusion project, implementation of which starts in the beginning of 2017. Toy libraries and intergenerational learning in early education are the key concepts the project employs. Consortium, led by ICDI – International Child Development Initiatives and involving international Romani Early Years Network as well as four coordinating organizations of national REYNs, will implement the project locally in six EU countries.

The TOY Project (Together Young and Old) was designed and implemented by ICDI (2012-2014) and was unique amongst European intergenerational learning projects with its explicit focus on children in the childhood from 0 to 8 years.

For many years now, NGOs as well as international organizations have been reporting about low level of participation of Romani children in early childhood education and care. At the same time, the same reports often highlight strong benefits of early-years’ interventions for children from low socio-economic status families, including Romani children.

This Project aims to provide boosts in early childhood development to 400 Romani and 100 non-Romani children between zero and eight years of age in six countries of the European Union: Belgium, Croatia, Hungary, Latvia, Slovakia and Slovenia, with support from ICDI and ISSA based in the Netherlands. Practitioners, and eventually children and families, from other countries are expected to benefit from dissemination phase of the project, which will be coordinated by ISSA. Results of project activities will be shared through a new website, a “how to” guide, leaflets, videos and more.

The project was awarded a grant from Action grants to support national and transnational projects on non-discrimination and Roma integration launched earlier this year by European Commission and is planned to start in the beginning of 2017.

In October 2016, ICDI collected the Lifelong Learning Award for their work on the Toy Project.