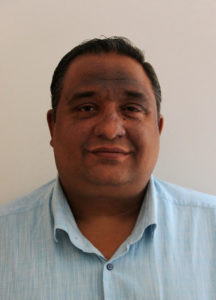 “A good education is the basis for the participation in the social economic and political life,” says Ali Daylam, Chief Executive of the Mediterranean Roma Associations Federation (AKROMFED). The organization has recently joined TOY for Inclusion.

“Roma deserve to leave a decent life. I fight for the equality of Roma people in Turkey,” says Ali Daylam.

“Everything started with my own children, who faced discrimination in school. I was happy we managed to overcome the issue but then I thought: what about all the other Roma children whose parents are not able to help?”

After 25 years, Mr. Daylam left his job as pharmacist “…and decided to become the advocate of Roma children.”

AKROMFED is a federation of six civil society organizations (CSOs), with the mission to support mainly Roma living in the city of Mersin. “Besides fighting against inequality and discrimination we support their housing and employment. We also want them to have a voice in the media, that’s why we finance a radio and a quarterly magazine,” Mr Daylam, continues.

The organization’s main priority is to collaborate with the government to prioritize Roma rights in the political agenda.

“If we compare our situation with the one in other European countries we lack real measures to support compulsory early child education and care” he says.

“Roma families are not encouraged to subscribe their children to kindergarten. The fees (from 30 to 250 Turkish Liras) are not affordable for unemployed parents and there is no financial support for low income families.”

In 2017, AKROMFED has run a survey reaching out to one thousand Roma families in 17 Turkish towns. Poverty and exclusion from services are major problems for these families. The drop out of Roma children in primary school was 38% in 2017, compared to 3% of the majority population. The great majority of Roma parents (67%) in an average age of 50 are illiterate. Unemployment rate among parent is at 96%.

The organization has acted to reduce the gap between Roma and non-Roma. “With the project ‘Increase Opportunities for Roma’ we support education from early childhood until adulthood, giving support to families and children, but also scholarships and mentoring support.”

“We’re proud that we have increased significantly the awareness of the parents about the importance of early child education in our city.”

Mersin saw a decrease in the drop out rate of Roma children in primary school from 60% to 20%; also thanks to AKROMFED’s constant support to children and families from 2012 to 2018.

AKROMFED, will open a Play Hub in the town of Mersin. They hope to increase the access of Roma children to preschool, which is still limited compared to the majority population.

The Play Hub would add to a playground for young children that is already run by the organization.

“We hope to help Roma children connect with children from different cultural backgrounds – Mr Daylam, continues. We will monitor their development and their progress. Following, we will try to gain the municipality’s support to expand the project to at least five other cities by 2020.”

“If people ask why we are committed to work in so many fields, we say that for many years no one has been working for Roma rights in Turkey, so we feel the responsibility to support them,” he concludes.